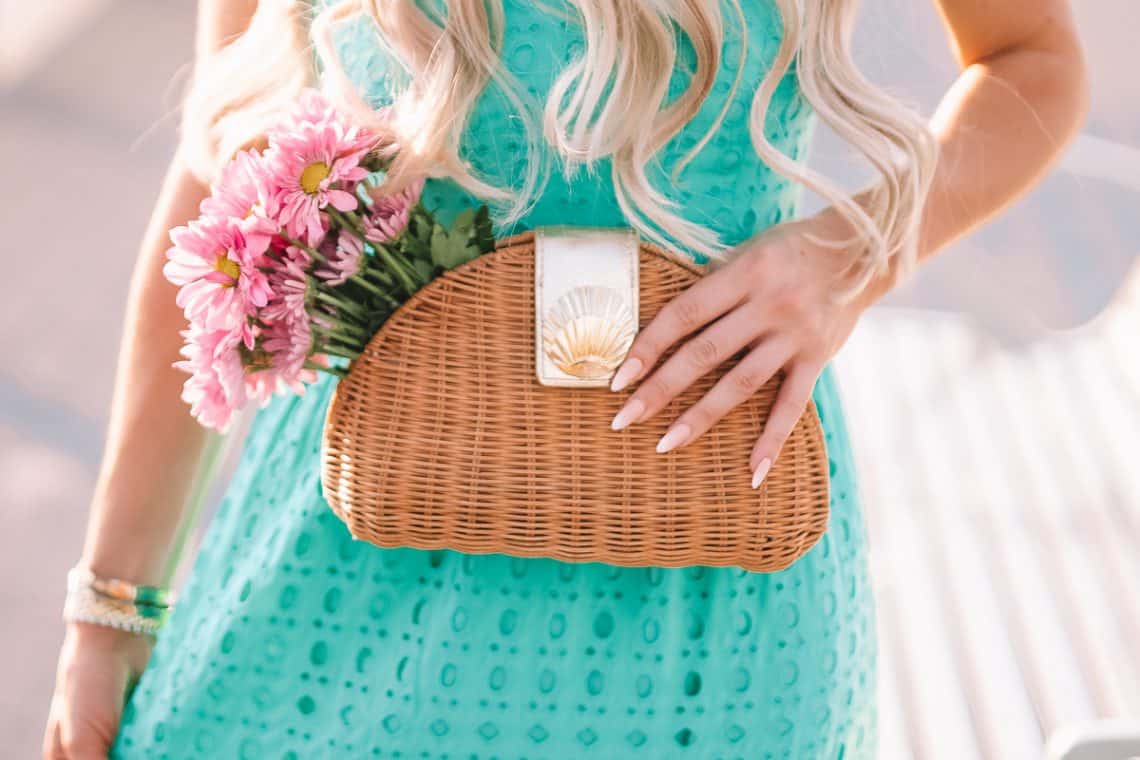 Since we’ve been spending so much time at home over the past few months, I’ve stayed busy by testing out new skincare treatments, brushing up on my photo editing techniques, redecorating my apartment, experimenting with streaming workouts, and I even learned how to apply fake nails like a pro.

Truthfully, prior to quarantine, I hadn’t done my own nails in YEARS. I’ve been loyal to the same manicurist since 2013 and would go see her once a month, every single month, without fail. I never missed a single appointment!

So when nail salons were forced to close, I had no choice but to figure out another solution. (I also had to figure out how to safely remove a gel manicure at home, which I had never done before!)

I tried an at-home dip powder manicure, and although I loved the way it looked, it took WAY too long (over an hour) and really only lasted for a week or two.

Eventually I started doing some research on the best fake nails after hearing from several people who swore by them. I was initially skeptical, because I’d never tried any kind of press-on or glue-on option before. I also assumed that I was way too rough on my nails and they’d pop off after a day or two.

But let me be the first to tell you: I WAS WRONG. And I honestly can’t believe I had been sleeping on press-on nails for so long.

After my research and a lot of testing, I actually found the best fake nails from Target by a brand called Clutch Nails. (Bonus points for the fact that they are a small, female-owned business — they recently got into Target stores, which was a pretty incredible milestone for the founder.)

I’ve pretty much worn them non-stop for the past few months, and I’ve learned a lot of really helpful tricks like how to make fake nails stay on longer, how to remove press-ons without ruining your natural nails, and how to apply them the correct way.

Below I’ll walk you through all of these tips and tricks in a tutorial, and I’ll also answer a lot of the frequently asked questions I’ve been getting on Instagram.

How Long Do Press-On Nails Last?

Before we dive into the tutorial, you’re probably wondering: how long do fake nails last? This really depends on a number of things: how well you apply them, how much glue you use, and the type of fake nails you choose.

In my experience, the Clutch Nails stay on for 1-2 weeks. I’ve had one set that miraculously stayed on for three weeks, but the brand doesn’t typically recommend leaving them on for any longer then 2 weeks.

Conversely, if you really only want to wear them for a few days—say it’s for a special occasion or something—you can use less glue for shorter-term wear.

The nice thing is that you can actually re-use the set multiple times, as long as you take care of them and follow the instructions on how to take off press-on nails properly (which I’ll detail for you later in this post.)

1. Wash hands and push back cuticles.

You can use a standard wood cuticle stick, or a cuticle pusher from Amazon like this one.

It’s important to work with freshly washed hands, because unlike a traditional manicure, you don’t want to apply any oils or lotions to your nails prior to application. Doing so will make the nail surface too slippery for the glue to properly adhere.

2. Swipe the nail surface with alcohol or a nail dehydrator (optional)

This isn’t a mandatory step, but it’s something I do and have noticed it helps my fake nails last longer.

Alcohol or a dehydrator will help remove any leftover oils or residue on your nails, and it’ll create the optimal clean surface for the press-on. I swear by these cotton pads from Amazon. They’re the BEST.

3. File and shape your natural nails.

I keep mine fairly short because I do find that they grow underneath the press-on nail.

You can also slightly buff your nail bed (without being too rough.) Buffing the nail bed provides a coarse surface for the glue/press-on nail to adhere to.

4. Match your nail size with the fake nails.

Each press-on nail is numbered by size at the top of the underside of the nail: 0 is the largest; 9 is the smallest.

As with most good press-on nails, the set comes with 24 nails total (2 of each size) which helps accommodate different nail shapes. There will be extras that you don’t use because they don’t fit your nail shape.

One question that a lot of first-time fake nail users have is what numbers go with each finger. There’s really no right answer here, because it’s not one-size-fits all. It totally depends on your nail shape and width.

For ex: my nails and nail beds are TINY, so I typically only use the smaller numbers. (I use “5” on my middle finger, but someone else with larger nail beds might use it for their pinky.)

Pro Tip: if you’re confused about which direction the nail should be facing, just check to make sure you can see the number when you put it on. If you can’t see the number, it’s on upside down.

5. Apply a small drop of glue on your natural nail and on the press-on nail.

This will help ensure they last for 1-2 weeks. If you don’t want them to last as long, use less glue, and only apply it to the press-on nail.

Also, just in general, use the glue sparingly. It is VERY sticky, and if you apply too much, it will end up all over your cuticles.

You’ll notice that the glue isn’t immediately sticky, so you’ll need to press down—and hold—on the fake nail in order to secure it in place.

If you want to be super bougie like me, this Chanel hand cream is pretty luxe.

How to Make Fake Nails Stay on Longer

After much trial and error, I feel like I’ve finally figured out how to make press-on nails last longer.

If you follow the steps above, they should last you for at least a week if not more.

The most important things to know about application:

How to Take off Press-On Nails

There are a number of ways you can remove fake nails without ruining your nails — as long as you’re careful!

As tempting as it may be when the nail starts to lift, NEVER pull nails off. This will cause damage to your natural nail.

1. Soak nails in warm, soapy water for 15-20 minutes until nails start to loosen.

2. At the cuticle, carefully lift up the edge of the nail.

I do this with a cuticle pusher.

3. To loosen the nail further and ensure easy removal, apply a cuticle oil underneath the nail.

If you have remaining glue or residue on your natural nails, it tends to wash away over the course of a day or two. However, if it’s really bothering you, you can remove nail glue with a try a “glue-off” solution like this one.

Avoid using the solution to remove the press-on nail itself, as it could damage the nail or cause the paint to wear off.

Can you file down press-on nails?

You sure can! I do this all the time, since some of the styles that I love are bit too long for my tiny nail beds. You can reshape them and file them however you’d like.

If you want to significantly cut the length of the nail down, you can also use a nail clipper (but generally I recommend using a nail file as you can be a bit more precise.)

Can you shower with press-on nails?

Do press-on nails damage your nails?

As long as you follow the proper application and removal techniques that I detailed above, press-on nails shouldn’t damage your nails.

When I remove mine, I typically like to wait at least a day or two before re-applying them. It’s a good idea to give your natural nails some time to breathe.

How do you remove nail glue?

If you find that you have leftover nail glue on your natural nails, this is the nail glue remover solution that I recommend.

(Thank you to Clutch Nails for generously sponsoring this post! FWIW, I started using them months ago, and then the brand noticed so they ended up reaching out to me about a partnership. Dream scenario! For more details on how partnerships work, read my Influencer Secrets blog post.) 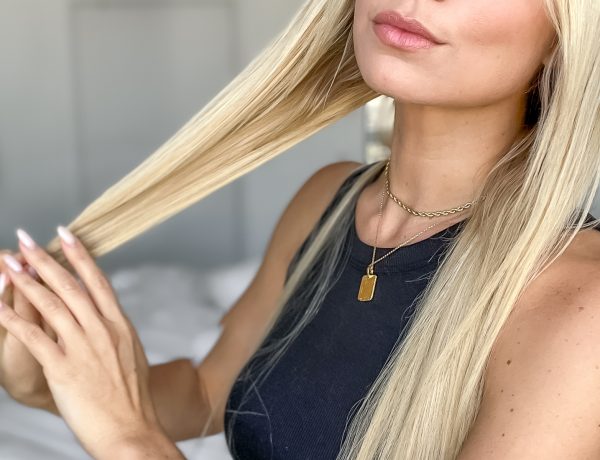 This Styling Cream Fights Frizz in One Minute Flat 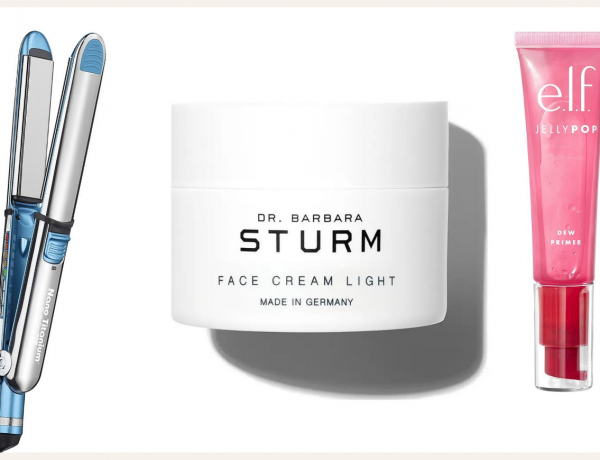 These are the Most Popular Beauty Gifts of 2021, According to Google 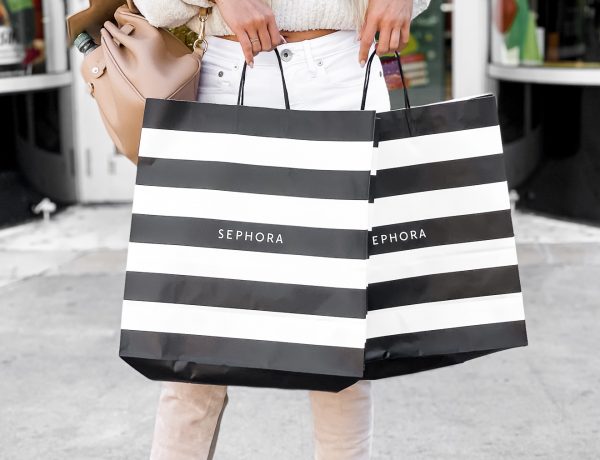 The Truth About the Nordstrom Anniversary Sale