My First CES: A Glimpse into the Future with Dell 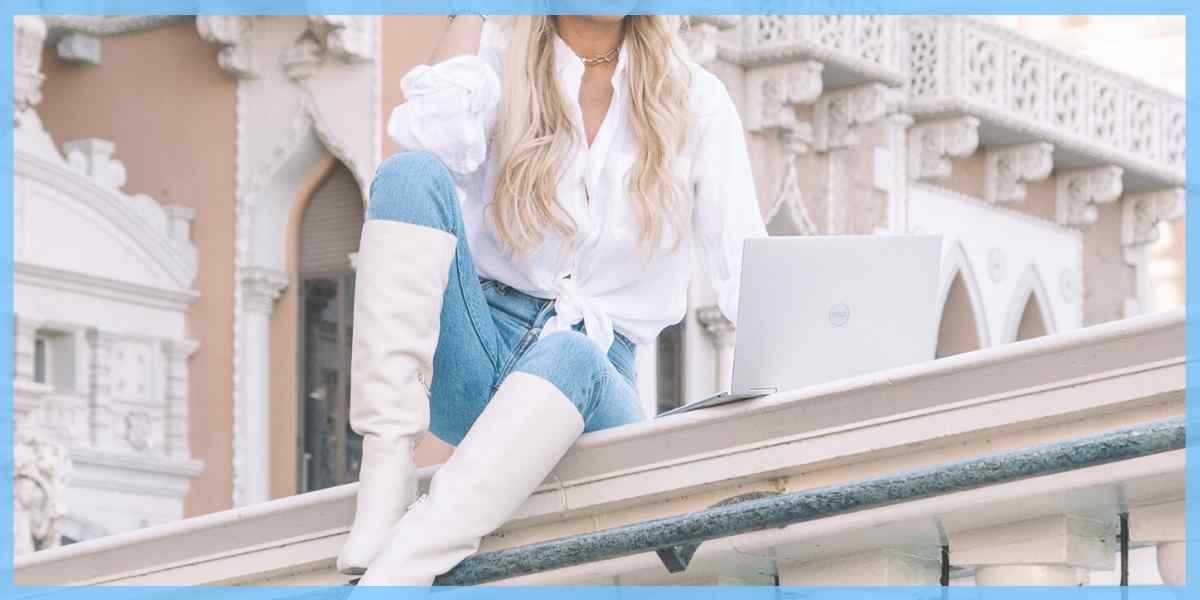 If you’ve been watching my Instagram stories over the past few days, you were able to get a glimpse into my first-ever CES. For the uninitiated, CES (Consumer Electronics Show) is an annual conference in Las Vegas that brings together the world’s biggest tech companies for a week of awesome product launches, inspiring panels, crazy demos, and—because it’s Vegas—lots and lots of parties.

As someone who has always been fascinated by the tech world, going to CES was a pretty surreal experience for me. One of my first jobs out of college was at a business magazine, where I worked as a reporter covering small business, entrepreneurship, tech, and start-ups. Every year my colleagues would decamp to Vegas for CES—but since I was the low (wo)man on the totem pole, I never had the opportunity to go.

So, suffice to say that when Dell asked me to come this year as their guest, I was thrilled. (It took me a decade to get to CES…but at least I made it!) 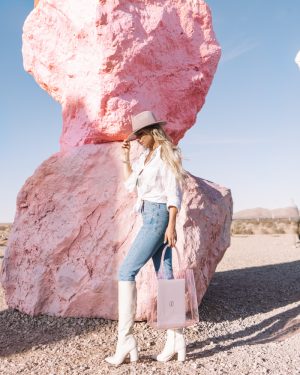 I first teamed up with Dell back in October for a trip to Montreal to celebrate the launch of their XPS 13″ 2-in-1, which is the laptop/tablet hybrid that convinced me to cheat on my Macbook Pro. It’s fast, super light-weight, and (if I’m being completely honest) the display + picture quality blows Apple’s out of the water.

And, products aside, I genuinely love working with the brand because every single person on the Dell team is cool as hell. They just *get it.* They’re smart, forward-thinking, supportive of women in tech, and they trust me to tell their story in my own authentic way, because they understand that I know my audience best. 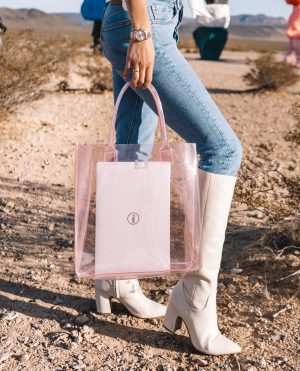 I’m very picky about the brands that I partner with (which you may recall from my “Influencer Secrets” column) so when I find a company that I jive with, you better believe I’m going to shout about them from the rooftops.

Below is a little recap of all the cool things I got to do while I was in Vegas for C.E.S.—a trip that wouldn’t have been possible without the support of Dell. (Thanks guys!) 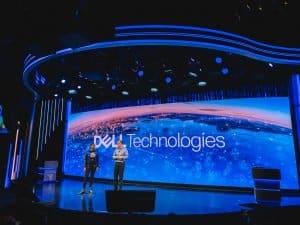 We kicked off CES with a presentation from Dell executives, who shared news about the upcoming product launches. 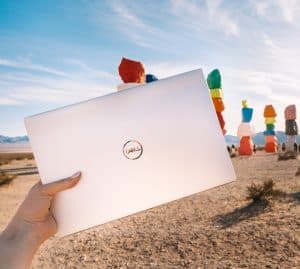 Among the most exciting announcements? The launch of Dell’s XPS 13-inch laptop.

A few tidbits about the XPS 13-inch:

Elsewhere at the convention, robots were definitely at the forefront. We saw robot window washers, robot servers (for restaurants), and even a robot “table tennis tutor” (you know…for those times when you can’t find anyone to play with.) 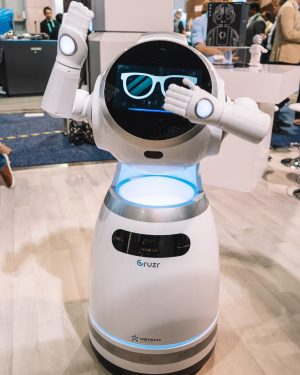 The futuristic technology and innovation was pretty mind blowing. One of the cool things Dell announced were two products that are still in “concept” mode. They don’t have release dates yet and are still being developed, but they gave us a glimpse into the future of what Dell has in store. 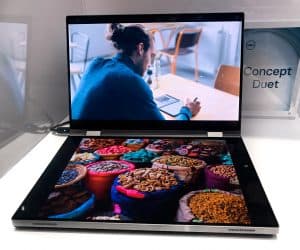 It’s a sleek, two-screen device that’s designed for people who like a “multi-monitor” set-up—but in a portable, notebook-sized package. 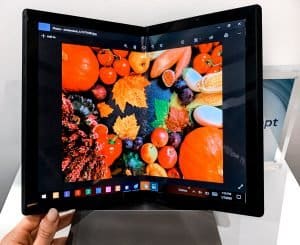 The “Ori” (short for origami) was my personal favorite out of all the futuristic devices announced. I mean…IT’S MADE OF BENDABLE GLASS. Photos don’t even do this thing justice. Apparently “bendables” and “foldables” are the future of tech. You heard it here first… 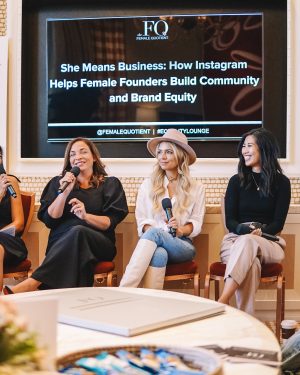 I had the amazing opportunity to speak on a panel about women in business, alongside fellow female entrepreneurs. 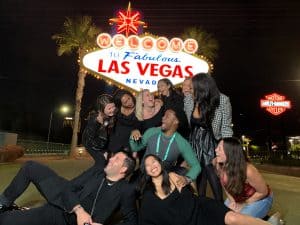 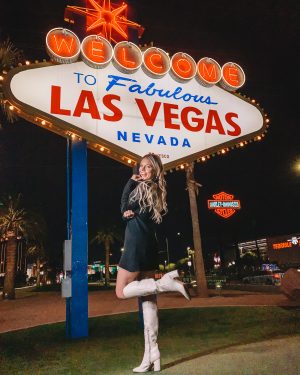 We managed to squeeze in a little late night rendezvous to the iconic Vegas sign. It was my first time seeing it! 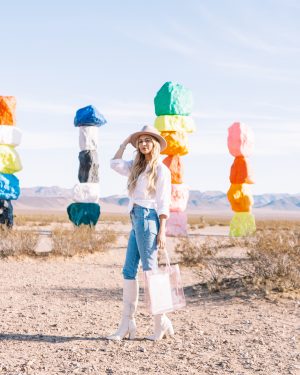 A much needed escape from the chaos of CES. We took the 45 minute drive to Seven Magic Mountains for some fresh air and content creation. 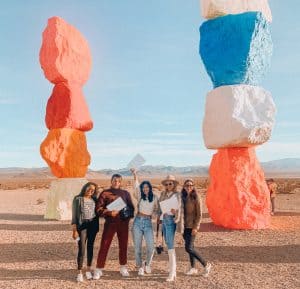 Our group was absolutely amazing and we really bonded. It made the entire experience that much more special.

Check me out talking about the future of tech!

The future is here at #CES2020 ✨ Check out what happened when content creator and self-proclaimed tech nerd @LindsaySilb caught a glimpse of our Innovation Lab at the #DellExperience https://t.co/n5uqO2vz9k pic.twitter.com/MJLcnxVPaJ

For more info on the XPS 13 inch and more from Dell, click here.

[This post was created in partnership with Dell, but as you know, I only partner with brands that I absolutely love.] 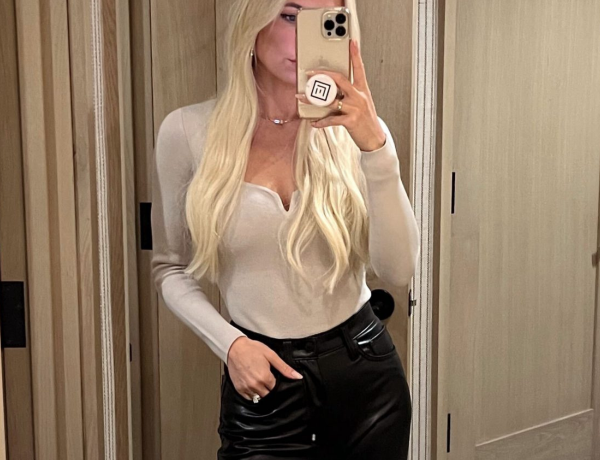 The Best Bodysuits for Big Boobs 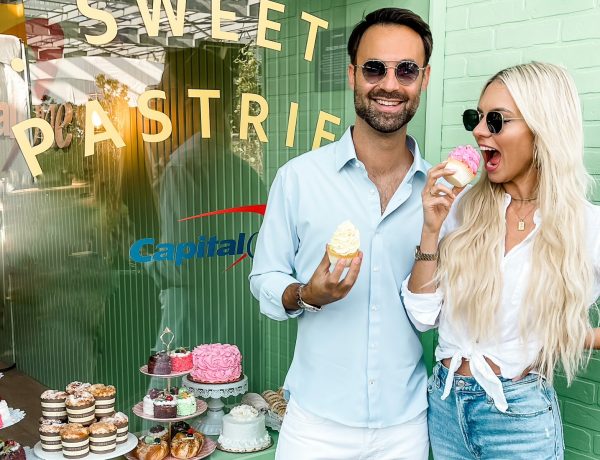 The Best (and Most Comfortable!) Shoes For Standing All Day

Things to Do in Banff & Lake Louise: A Guide to the Perfect Rocky Mountain Getaway