I’m a 34-Year-Old Married Woman and I Love My Childfree Life. Why Do I Feel So Weird Talking About It? 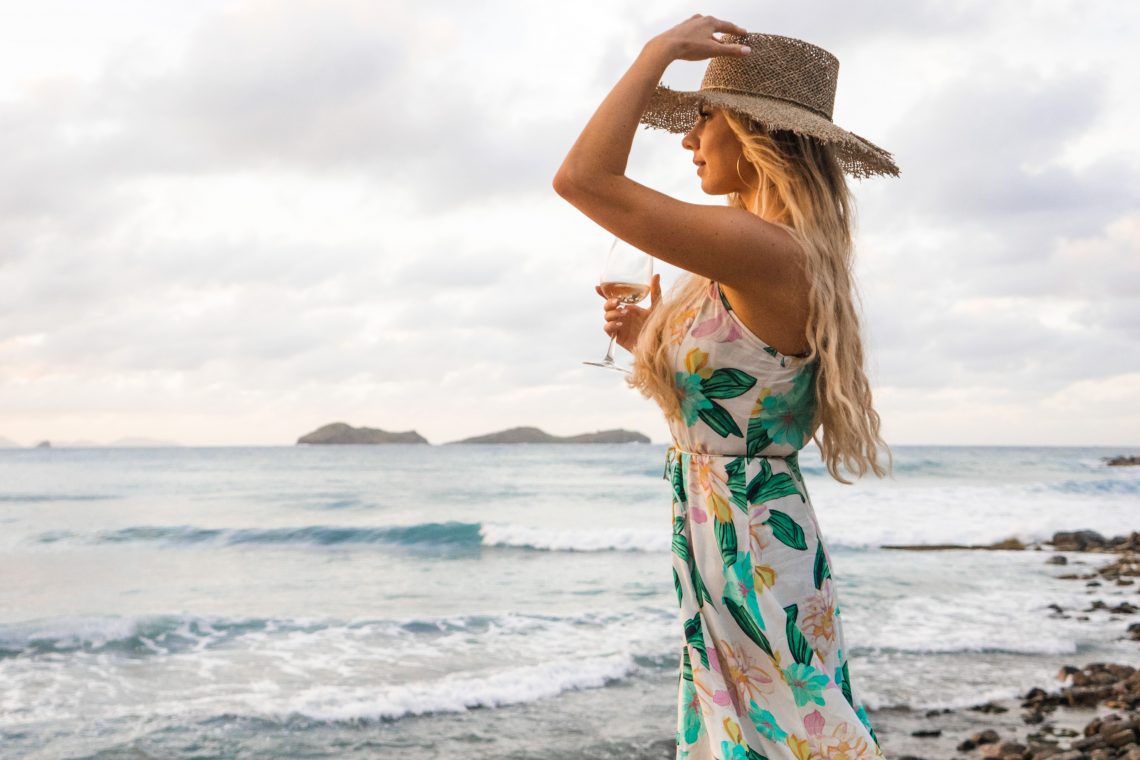 Over the weekend in my Facebook group, a member posted something that felt like it was pulled from inside my brain.

I can’t tell you how much this resonated with me. It’s something I’ve grappled with for many, many years (particularly the “I don’t have anyone to ask” part) and it’s also something that I’ve felt a little weird talking about. I’ve always assumed I was the only one who felt this way.

When I saw the post, I immediately checked to see if anyone had commented. I figured it was a situation that not many people could relate to. (You know, other than me.)

But wow. I couldn’t have been more wrong. The comments actually began pouring in—and I was shocked to see how many other women felt the same way. For the first time in my adult life, I felt less alone in my indecisiveness. And what I learned after reading through all the responses was that a lot of other women felt very alone in their indecisiveness too.

The timing of the whole “childfree-by-choice” conversation was oddly coincidental: a few days prior to the Facebook thread, I had actually started writing this blog post. The subject of having kids/not having kids has been on my mind more than ever over the past few months, because I’m about to begin the process of freezing my eggs. It’s something I have thought about doing for a while, and after many years of putting it off, I finally made the decision to move forward.

I’ll be documenting the entire journey for you in a separate post, but in the meantime, I wanted to share some context around my decision in hopes that it might be insightful for anyone else in a similar position.

Before we get into it, I just want to start out by saying a few important things.

First: fertility can be a really tricky, really emotional subject, and, more than anything else, it’s also really personal. If the topic is at all triggering for you, please know that I’ll be speaking very candidly about a lot of it below.

Second: I want to make it clear that I have the UTMOST RESPECT for moms. Like, truly—I do not know how women do it. When people say that moms are superheroes, I really do believe that. Even though I’m not sure that motherhood is for me, I still think it is one of the most incredible, selfless, amazing things in the world.

It’s time to normalize things that society sees as “abnormal.”

I’m going to be as vulnerable as possible with you in this post because I truly believe that the more we talk about this stuff openly, the less alone many of us will feel.

My goal here is to normalize the idea that it’s OK IF YOU ARE IN YOUR 30s AND NOT SURE IF YOU WANT TO HAVE KIDS, normalize being single and not feeling pressured to find *the one* just because your biological clock is ticking, normalize wanting to put your career first, normalize the conversation around egg freezing, normalize lobbying your employer to cover it…

And, I guess more than anything else, I want to help normalize my own feelings.

A bit of background on me…

If you’re new around here, welcome!

I’m Lindsay, a full-time blogger, influencer, and founder of Hotel Lobby Candle, which is the luxury home fragrance brand I launched last year.

I’m 34, and have been happily married for nearly five years to a wonderful man named Matt. Many of you know him as Instahusband. He is a saint! We met at a night club in Mexico during college spring break. (Not a joke.)

Matt & I are different in a LOT of ways but we have very similar values. We’re both extremely focused on our careers, we love our families, we love to travel, and we love our independence.

We live in New York City, where we bought our apartment in 2019 and have spent a full year turning it into the home of our dreams. We often fantasize about retiring early and buying a second home on a beach somewhere. Preferably St. Barths. (Aim high, you know?!)

One thing we do not fantasize about—pretty much ever—is what our lives would look like with children.

My stance on having kids.

As a woman in my mid-30s, society has pretty much ingrained in me that having kids (or at least starting to think about having kids) is like… the thing I should be doing at this point.

Everyone asks when I’m having kids. Even complete strangers. I can’t tell you how many times I’ve done a Q&A on Instagram and fielded the “when are you guys having kids?” question. (It’s a rude and intrusive thing to ask someone, for a lot of reasons, and yet people still continue to do it.)

The truth is, both Matt & I have zero interest in children right now, and I honestly don’t know if that will ever change. It’s a really weird feeling, especially when almost every one of my friends has kids. And while I absolutely LOVE seeing how happy they are with their own families (and I also like seeing cute pics of their babies) the idea honestly just does not appeal to me.

Sometimes I wish it did. I think that having clarity on such a big decision would be easier than not knowing. Because let me tell you—when you feel like you’re the ONLY one who doesn’t want all of the “traditional” things that you’re supposed to want at this age, it can be a real mind-fuck. It can also feel really lonely. So if you’re reading this and you feel the same—I’m with you.

Sometimes I’m convinced there’s something wrong with me.

I often wonder if I’m missing the gene that biologically makes you want to be a mom. I’ve always been under the impression that our desire to procreate is part of human nature, so like… why don’t I have it?

Almost all of the women in my life have kids, or know that they want to have kids, or follow 100 cute kids on Instagram, or have a list of future kid names saved in their phones, or work with kids they adore, or—at the very least—know how to act around kids without seeming like a complete clueless weirdo. (It me.)

I’ve never had that “warm and fuzzy” feeling around motherhood. I’ve never thought about baby names, or thought about what my kids would look like, or how fun it would be to watch them grow up. Mostly, I just think about how much work it would be, how my life would never be the same, and how I’d have to give up so many of the things that make me happy.

It sounds incredibly selfish—I’m aware—but that’s my truth right now. Having a child would force Matt & I to uproot our otherwise fulfilled, happy, and unencumbered lives. Neither of us want to do that.

I feel guilty saying it out loud because I know how many women want children so desperately but can’t have them. I also feel guilty when I think about how much I’m disappointing my parents. I know they would die to have grandchildren, and they would truly be the best grandparents ever—but I also know the decision is one that Matt & I need to make on our own, since “feeling guilty” is not exactly a compelling reason to have a child.

(To my parents’ credit, they’ve never once pressured us or made us feel bad about it. I am very grateful for that.)

I keep waiting to have a change of heart.

When I was in my mid-late 20s, I remember telling my mom (who, by the way, is the most loving, maternal human on earth) that I was worried I had no maternal instinct, and I wondered if it would ever change. She told me that I was still young, and it was normal, and that she felt the same way when she was my age—but one day she just woke up and felt differently.

With each year that has passed since then, and with each baby shower I go to, and with each friend that gets pregnant and gives birth, I keep thinking… are my feelings changing? Do I want to have kids yet? Can I picture it for myself?

If I’m being completely honest, my feelings still haven’t changed, and no, I still can’t picture it. I kind of figured that by 34, I would at least start to be able to wrap my head around the idea at this point… but nope. Hasn’t happened yet. And the older I get, the more I think that maybe it never will. And maybe that’s ok?

One thing I do know is that if more women talked about their desire to not have children, I wouldn’t feel as abnormal or alone or weird talking about it myself. There are only a handful of people I know (through social media!) who have shared their thoughts on this openly — my friend Grace Atwood has a great blog post from a single woman’s perspective, and my friend Jennifer Lake has talked about her childfree-by-choice perspective as a married woman.

I also recently listened to two podcasts that were super insightful: Girls Gotta Eat did one called “Childless by Choice,” and Kate Kennedy of Be There in Five has a two-part series called “Childless Millennial.”

So, why the hell am I freezing my eggs?

By now you’re probably wondering… why bother freezing your eggs then? Great question.

I guess the best way I can explain it is… it’s an insurance policy? My fear is that eventually, if I ever do change my mind, or if Matt changes his, it’ll be too late. (Fertility declines with age, and the older you get, the more difficult it becomes to get pregnant.)

If at 40 I suddenly feel like I want a child of my own, I’ll have a much better chance with my frozen 34-year-old eggs than I would with my eggs as a 40-year-old woman.

I am VERY aware that being in the position to do this is a privilege in and of itself, and for many women, the financial commitment takes it off the table completely. (Kindbody, the fertility clinic that I’m using, has a lot of great options to make the process more accessible, which I’ll talk about in my next post.)

So, yea—this is where I’m at right now. It feels REALLY good to put all of it out there, despite how scary it is to be vulnerable in such a public forum. At the very least, I know it’ll be interesting to re-read this post in 10 years, wherever life takes us. Maybe we’ll be watching the sunset in our beach bungalow on St Barths. Or maybe I’ll be enjoying a glass of wine while I watch Matt change our newborn’s shitty diaper (because you know I sure as hell won’t be doing that.) We’ll see what happens…

If you’re interested in following along during my egg freezing journey, make sure you’re following me on Instagram. I’ll be saving everything to a highlight and sharing all of the details as I go. 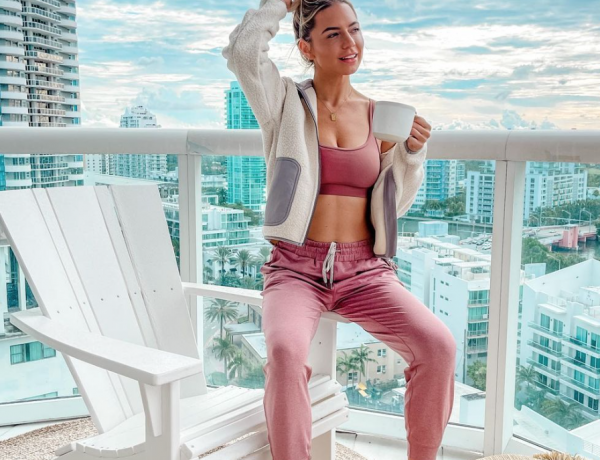 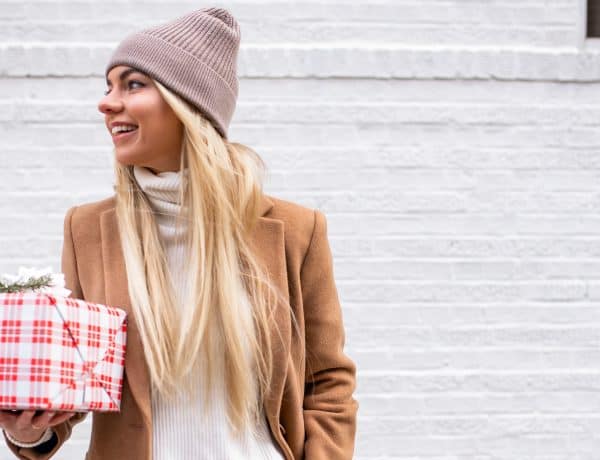 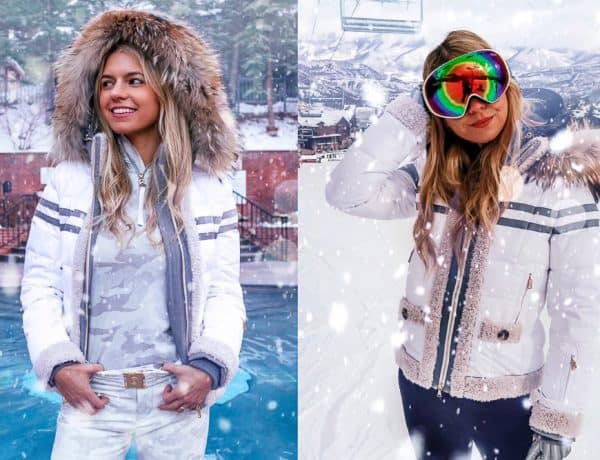 How to Add Falling Snow to a Photo on Instagram

How to Take Good Photos of Yourself: Tips on Angles, Lighting, Outfits and More

How to Plan The Perfect Girls Weekend in NYC