After bursting on to the scene with a blockbuster comedy and her eponymous TV show, comedian Amy Schumer revisits how the hell she got here in the first place.

The first time Amy Schumer appeared onstage, the entire audience burst out laughing—exactly the kind of reaction comedians spend entire careers seeking. But in this instance, it was completely unprovoked—peculiar, even. Schumer wasn’t cracking jokes. She was a five-year-old Gretl in a local production of “The Sound of Music.”

“Even when I was trying to be dramatic, people would laugh,” she says over a hot cup of tea in a dingy Chelsea diner. “It would make me so mad. I couldn’t understand why they were laughing at me. One day the director pulled me aside and said, ‘Why are you so upset by that? That means they love you and they’re enjoying watching you!’ ”

It was a message that stuck with Schumer throughout her childhood. And while she never set out to pursue a career in comedy, she knew that she was destined to be a performer.

Schumer’s instincts were dead on. Today, she’s established herself as one of the most sought-after personalities in comedy. Her sketch comedy series “Inside Amy Schumer”—now in its second season—became Comedy Central’s highest-rated series premiere last year. She penned a screenplay that Judd Apatow has signed on to direct, and she has a thriving standup career to boot. It’s Schumer’s signature brand of raunchy, irreverent humor peppered with self-deprecating anecdotes from her personal life that resonates most with audiences. In her bits, she speaks so candidly about sex that she often wonders (facetiously, of course) whether men are scared of her.

“They must think, ‘Wow, she talks about sex a lot. Does she sleep with a ton of guys? Does she have a disease?’ And the thing is, I don’t. I don’t have any diseases,” she deadpans. “I have taken Plan B, like, three times in my life. But I’ve never had an abortion, though I probably would have…” There’s a shock value in Schumer’s sweetly delivered punch lines that’s akin to being punched in the gut by a first-grader. 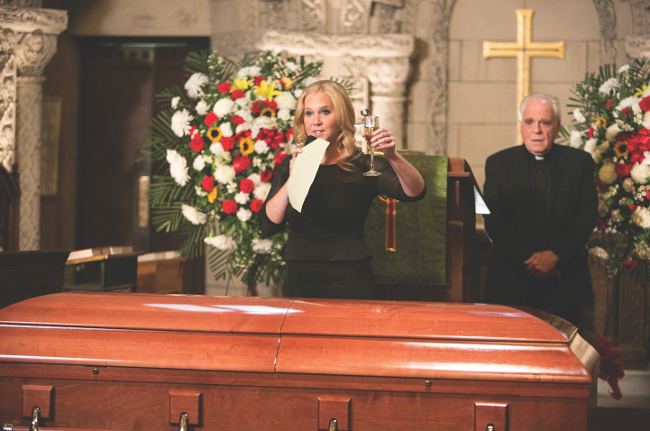 Despite how effortless it seems in hindsight, Schumer’s ascent to the top of the comedy food chain wasn’t fast. The Long Island native got a degree in theater from Maryland’s Towson University and immediately packed her bags for New York City upon graduating. She moved into a tiny studio apartment on the Lower East Side, complete with a loft bed and a random Craigslist roommate. From there, it was the classic struggling actor hustle: She waited tables “at every single restaurant in New York City” and went on endless auditions. On a whim, she decided to try standup, and something clicked. After that, she says, “I did whatever I had to do to get stage time. I did a million open mics. I was even one of those people that stand on the street and say, ‘Do you want to see a comedy show?’ If you brought in five people, they’d let you perform. I’m really not a hard worker across the board, but when it comes to acting and comedy, I work my ass off.”

The years Schumer spent going to less-than-desirable castings paid off. “Even when things felt like a swing and a miss—the nightmare experiences—they taught me so much and helped prepare me for the opportunities that I have now,” she says.

On one particularly traumatic occasion, Schumer landed a meeting with an agent after being introduced by a customer she met while waitressing. She tirelessly prepared a dramatic monologue and an entire scene from Christopher Durang’s “Naomi in the Living Room,” assuming it would be her big break. The agent fed her a flat-out rejection. As Schumer tells it, “He said, ‘No. There are just too many girls I have like you already, and you’re not as talented as them.’ I joke about it now, but I was brokenhearted.”

Schumer eventually enrolled in the William Esper Studio for a two-year Meisner intensive. But as her standup career began to take off, she wasn’t able to complete her second-year master class. After auditioning for the NBC reality series “Last Comic Standing,” she ended up placing fourth, which earned her a coveted spot on the show’s nationwide tour. “It was like comedy boot camp,” she says. “I didn’t do well. I would say I bombed all over the country.” 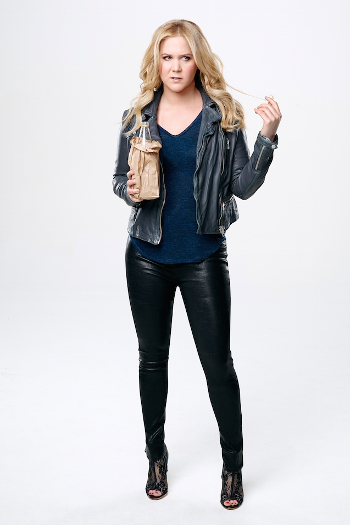 America, it seemed, felt differently. With a growing fan base and exposure from the show, she headlined for a year before going on tour as the opener for Jim Norton and Dave Attell. The work began to snowball, and she’s been creeping her way into the realm of “household name” status ever since.

Now Schumer faces the challenge of balancing a wildly successful standup career (she has tour dates scheduled through November), a popular TV series (she serves as writer, producer, and star), and a film (the Judd Apatow–directed comedy “Trainwreck,” which she wrote and will star in). She won’t have more than a day off until Thanksgiving, but the 32-year-old doesn’t plan on slowing down anytime soon. She says that her support system—namely sister Kimberly, Schumer’s road manager—is “the only reason I’m able to do all of this.”

All jokes aside, Schumer understands the significance of her role as a female comedian in a male-dominated industry. “There’s a responsibility, in a way. I’m so grateful for the women that I watched when I was younger—Carol Burnett, Shirley Temple, Gilda Radner, Whoopi Goldberg—and I feel like I can be one of those women,” she says. “Because if I don’t, then who’s supposed to?” 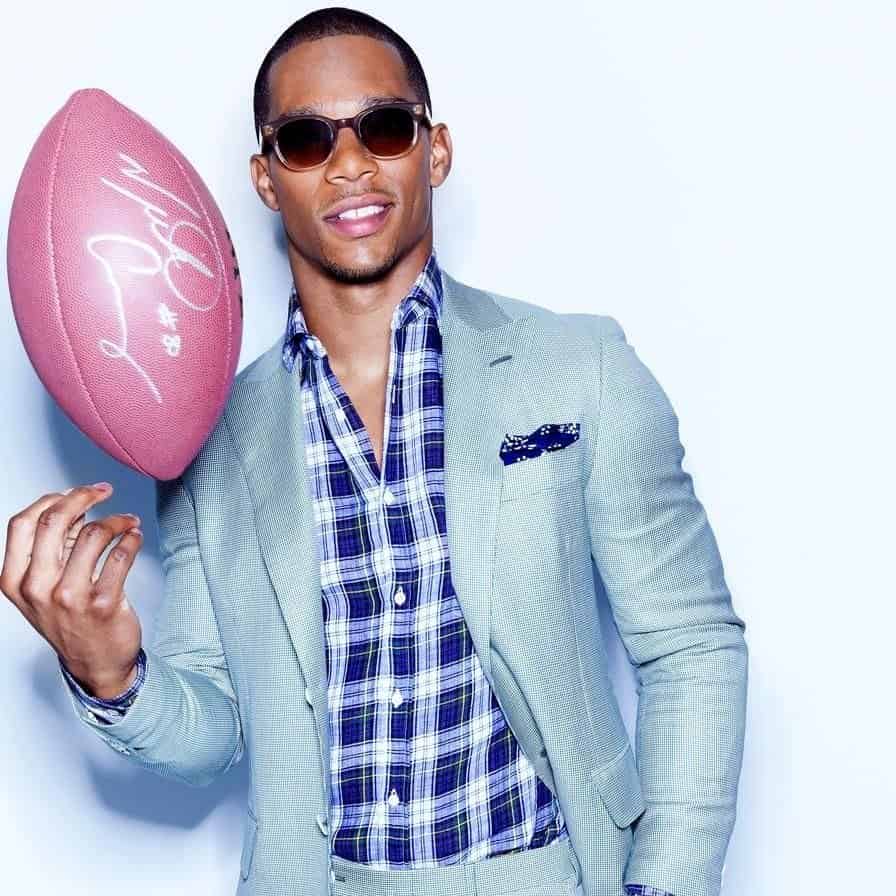