The 10 Most Instagrammable Places in London 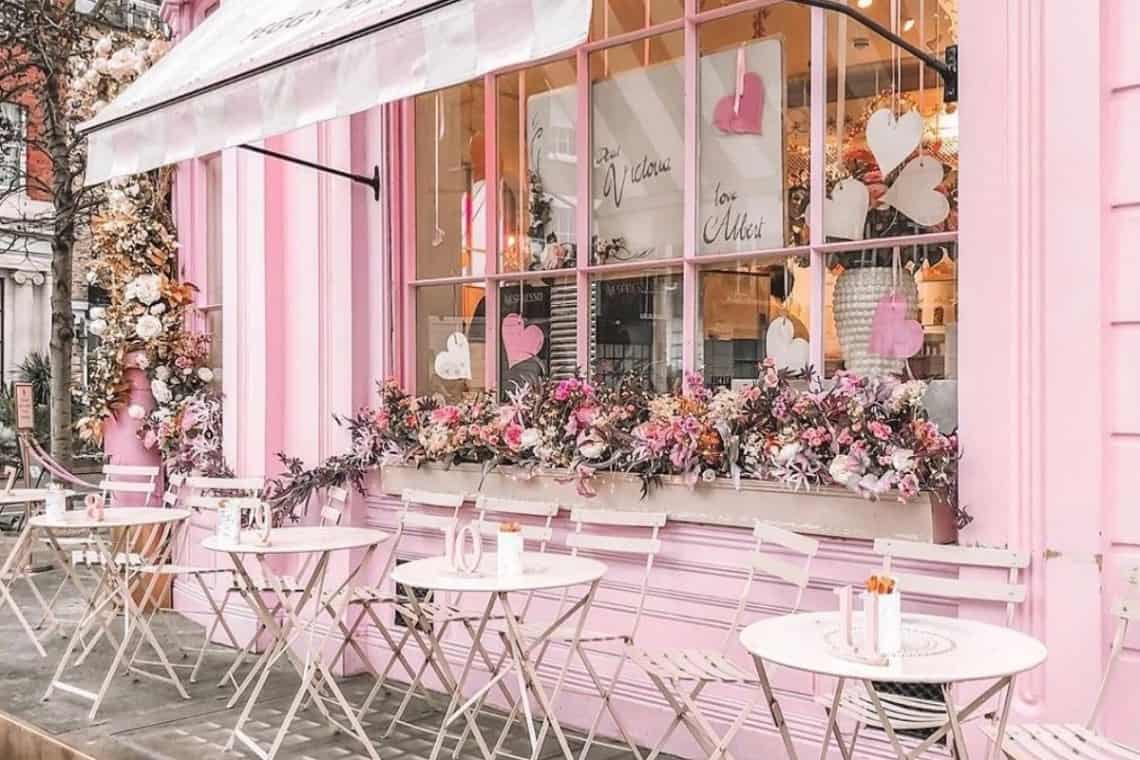 London is an incredibly photogenic and Instagrammable city. With an infinite number of flower-covered cafés, millennial pink restaurants, and swoon-worthy storefronts, it’s no wonder that bloggers, influencers, and pretty much anyone with an Instagram feed would be drawn to the destination.
Many of these shops adapt their decorations each season (especially around Christmas time), making them ever-changing and beautiful locations that not only attract content creators, but tourists and locals alike.
Below you’ll find a list of the most instagrammable places in London, as well as our recommendations for the best places to have high tea, the best restaurants, and top things to do across the pond.
Whether you’re heading to London as a vacation with girlfriends, thinking about going for your honeymoon, or planning a trip “just because”—these spots should definitely be on your list.

The Most Instagrammable Places in London

Peggy Porschen is a café famous for its pink exterior and floral decorations that quickly shot to fame because of social media. Many consider it to be the most Instagrammable restaurant in London.

Expect to wait in line to eat and/or take a photo. I’d recommend only coming here for a photo, as the food is supposed to be underwhelming. 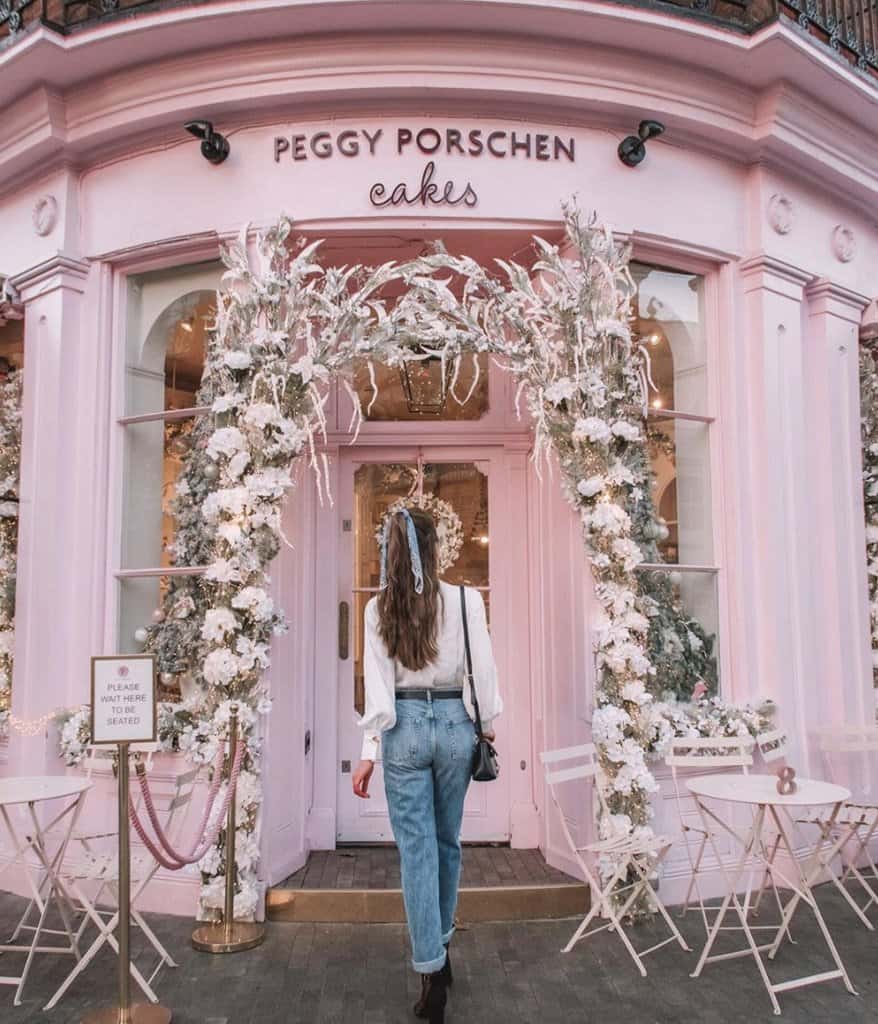 With glass igloos right on the Thames river offering views of the Shard and Tower Bridge, Coppa Club is a cute restaurant that seats around ten people per igloo, which makes it a great idea for a girls trip or family vacation.

It is hands down one of the prettiest places in London, so if you’re planning a visit,  be sure to book in advance! 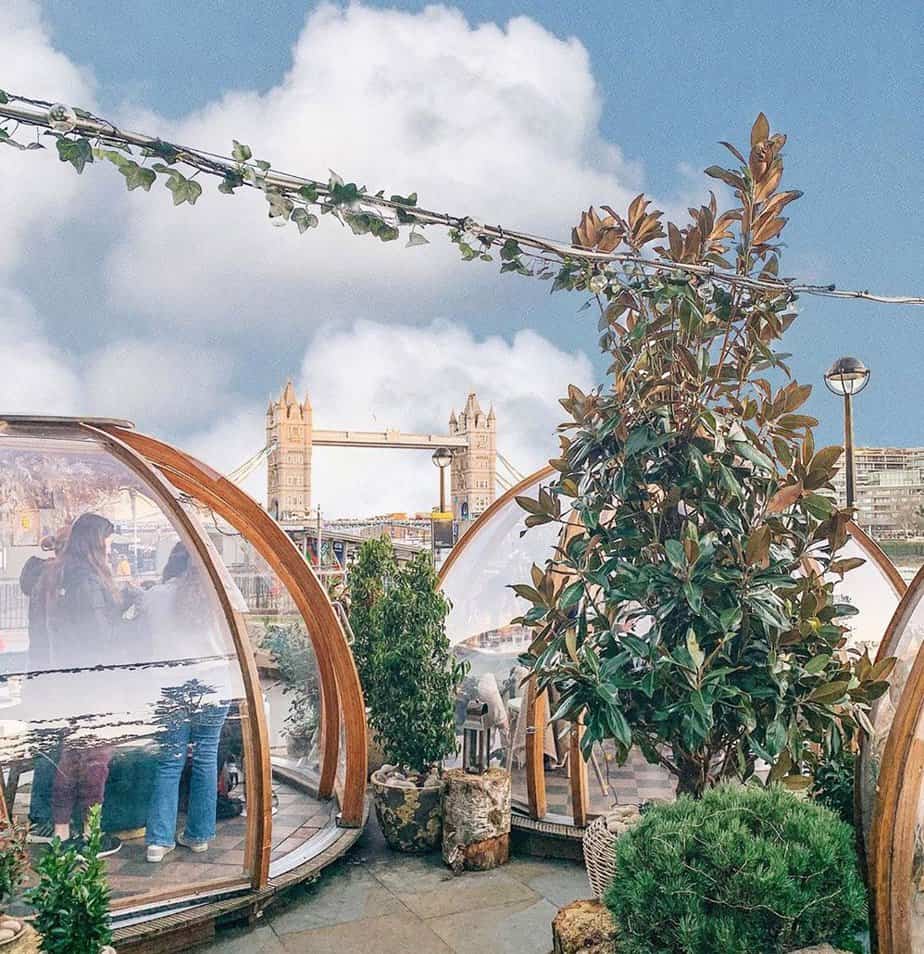 You can’t go to London and not visit a pub. If beer isn’t your thing, the Churchill Arms is still worth a visit.

Its exterior is decked out with plenty of ferns and flowers that’ll tempt you to pop in for an ale or two. 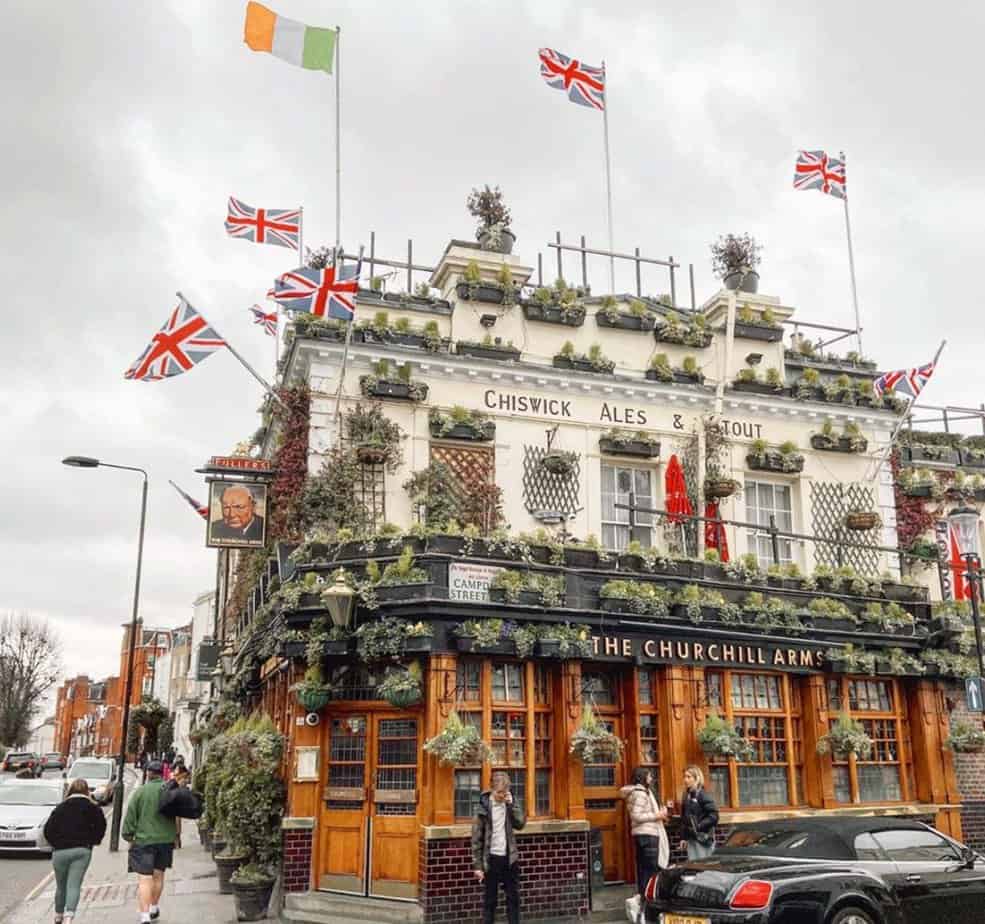 Tower Bridge is a classic London institution. The prettiest bridge in London has great views from both the north and south side of the Thames river.

Head to Butler’s Wharf Pier for a hidden and less crowded walkway along the river with even better views of the bridge! 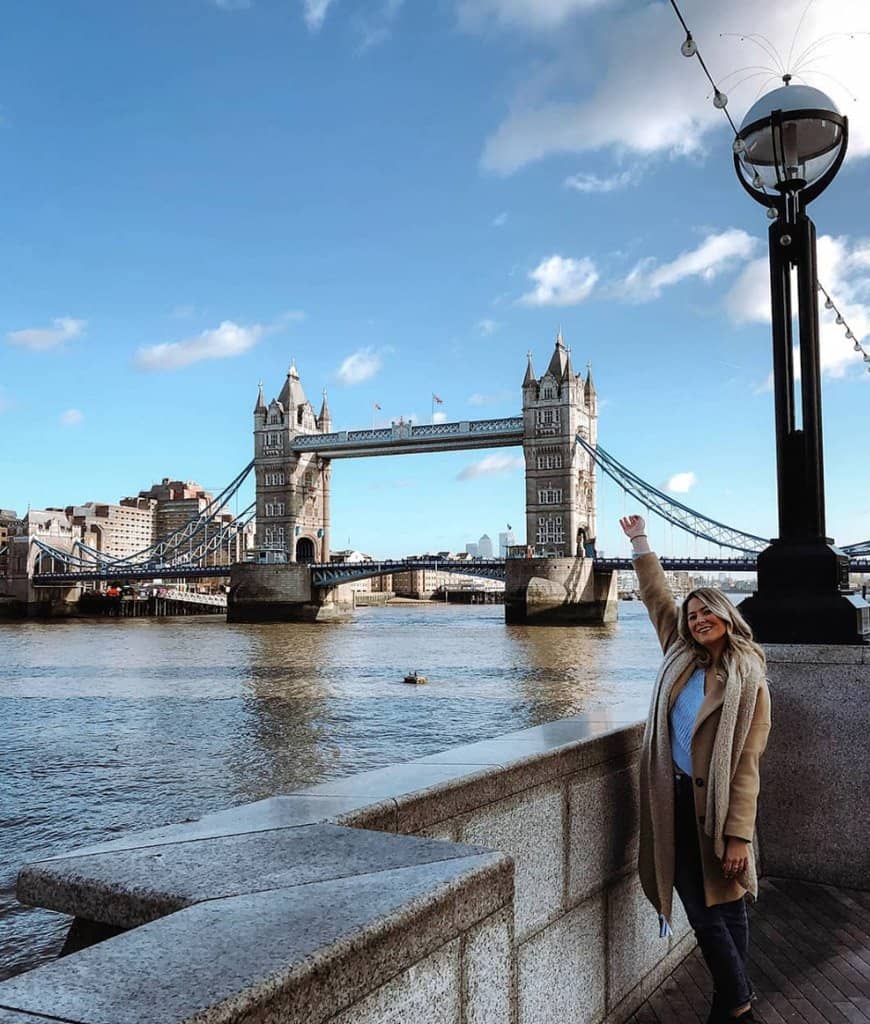 There’s no denying that London Eye is a beautiful landmark BUT there are certain areas offering even better views than others.

Walk to the nearby pedestrian bridge and capture both the London Eye and Westminster – even better if you’re there for sunset! 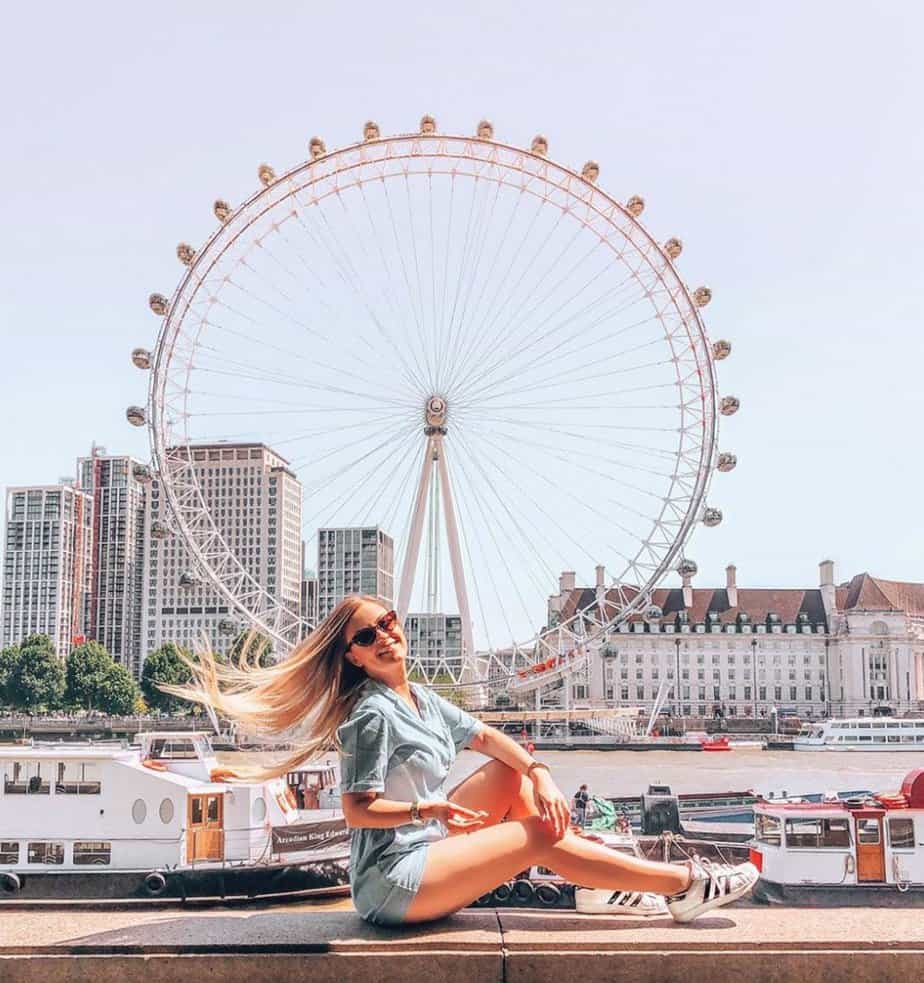 One of the most photogenic museums in London, the Natural History Museum is at its prettiest during winter with an ice rink and huge Christmas tree in the middle situated right in front of it.

It’s still very pretty during the other seasons, so marvel at its beauty and explore history while you’re at it. 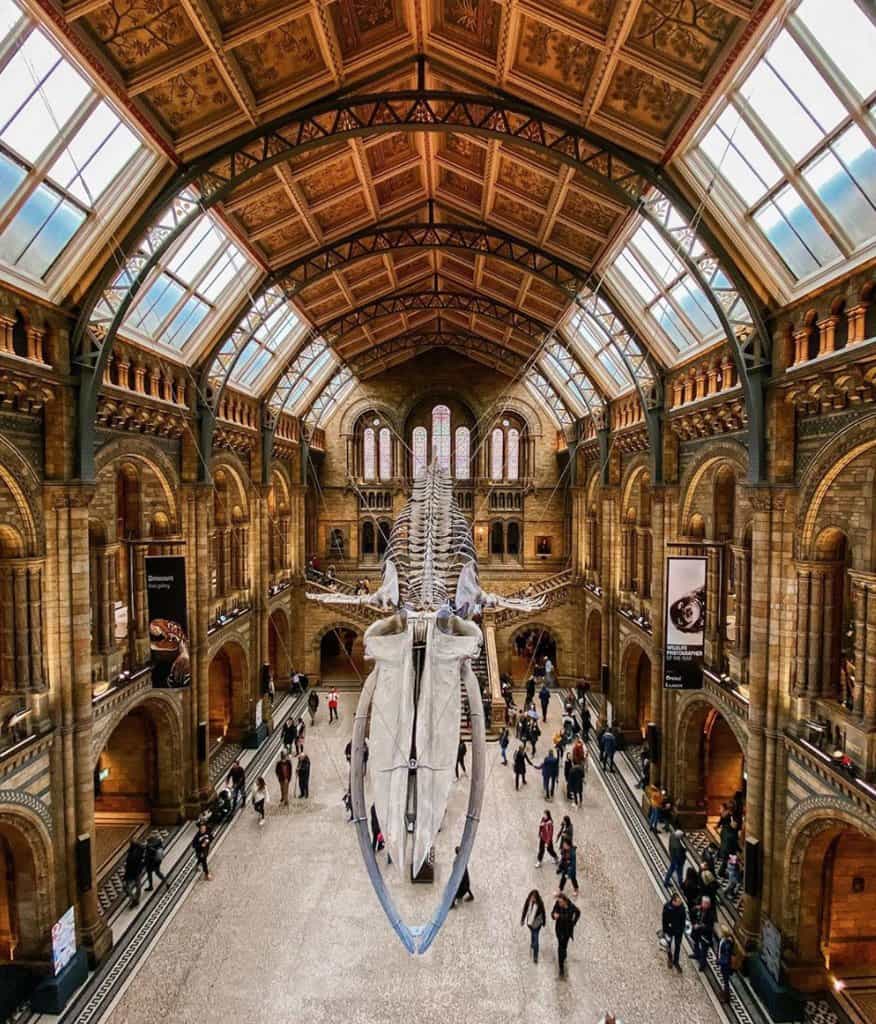 Neal’s Yard is a hidden gem many don’t know about. Pass cobblestone streets to get there, and you’ll find colorfully painted houses and small restaurants.

Since this area is tiny and can get packed with tourists, head there earlier in the day to avoid crowds. 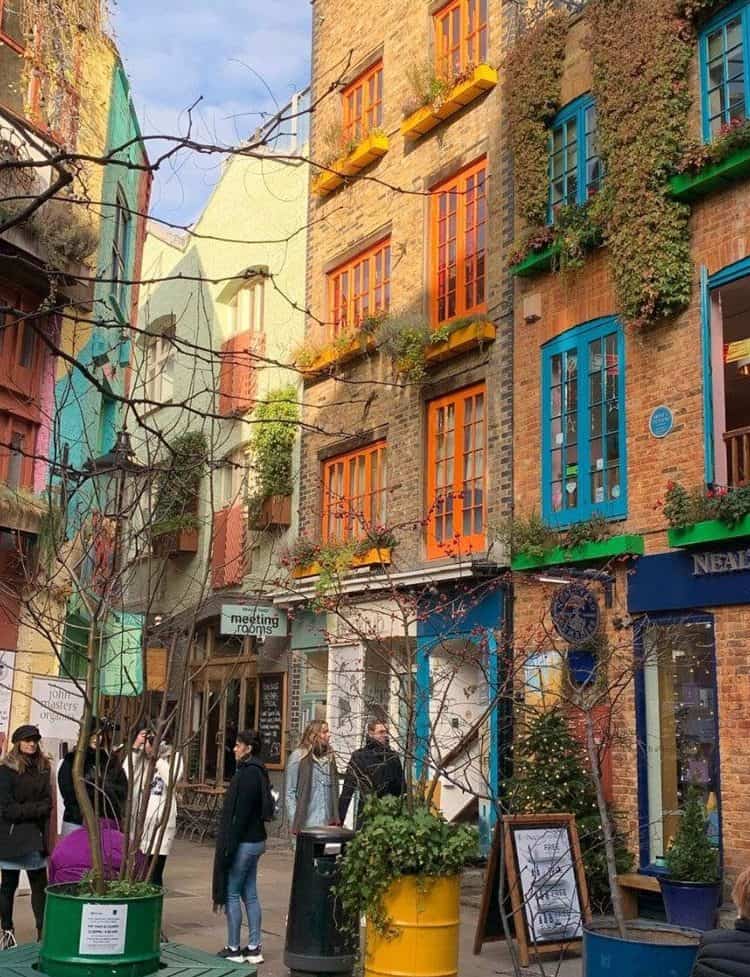 Notting Hill is one of the most popular areas that you’ve likely seen on your Instagram feed, and Portobello Road is where you’ll find all of the most iconic houses.

Side note: Keep in mind that these houses are homes to other people. Residents are becoming increasingly frustrated with the crowds of influencers trying to get the shot, often overstepping into residents front yards.
Some of the residents have even gone so far as putting up barriers and buckets for donations to keep insta-hungry people at bay to not invade their privacy even more.
If you choose to explore this area, please be as respectful as possible. 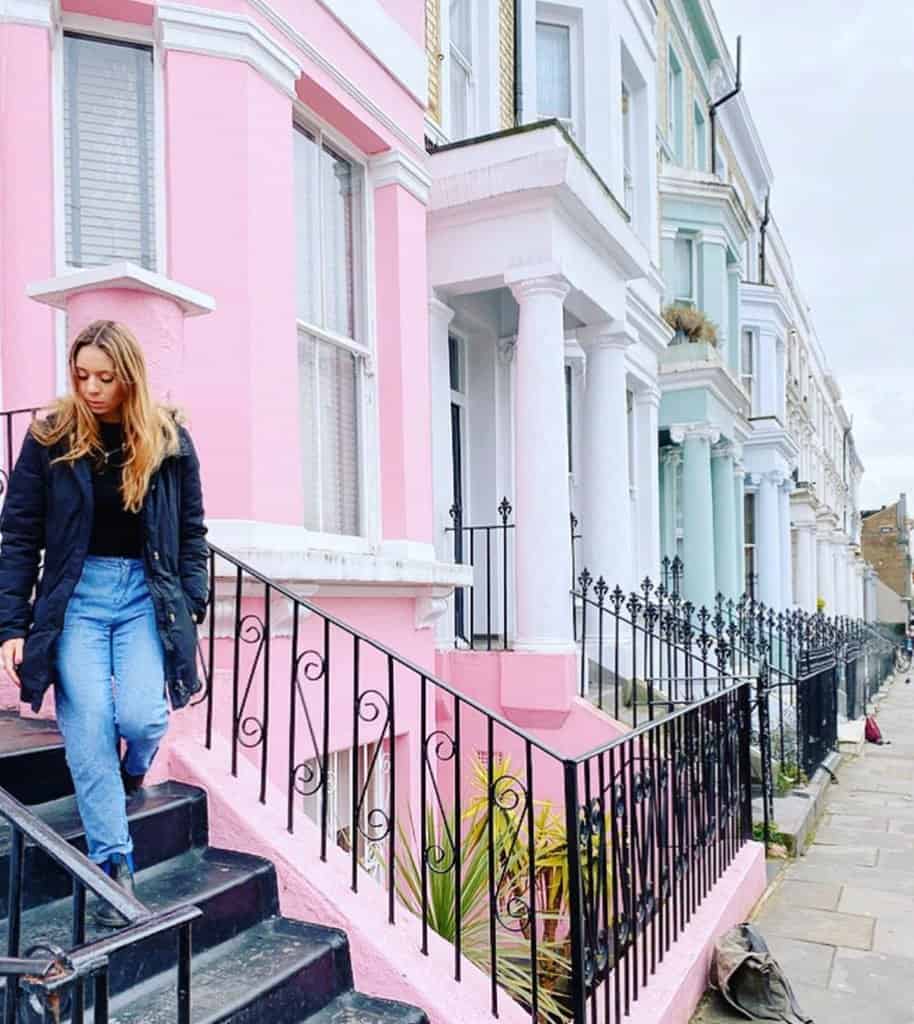 High up above London, Sky Garden is a tropical garden and restaurant offering sweeping views of the entire city.

Reservations are required (before 8pm) but free of charge. Come during sunset or early in the morning for sunrise Yoga during the summer months. 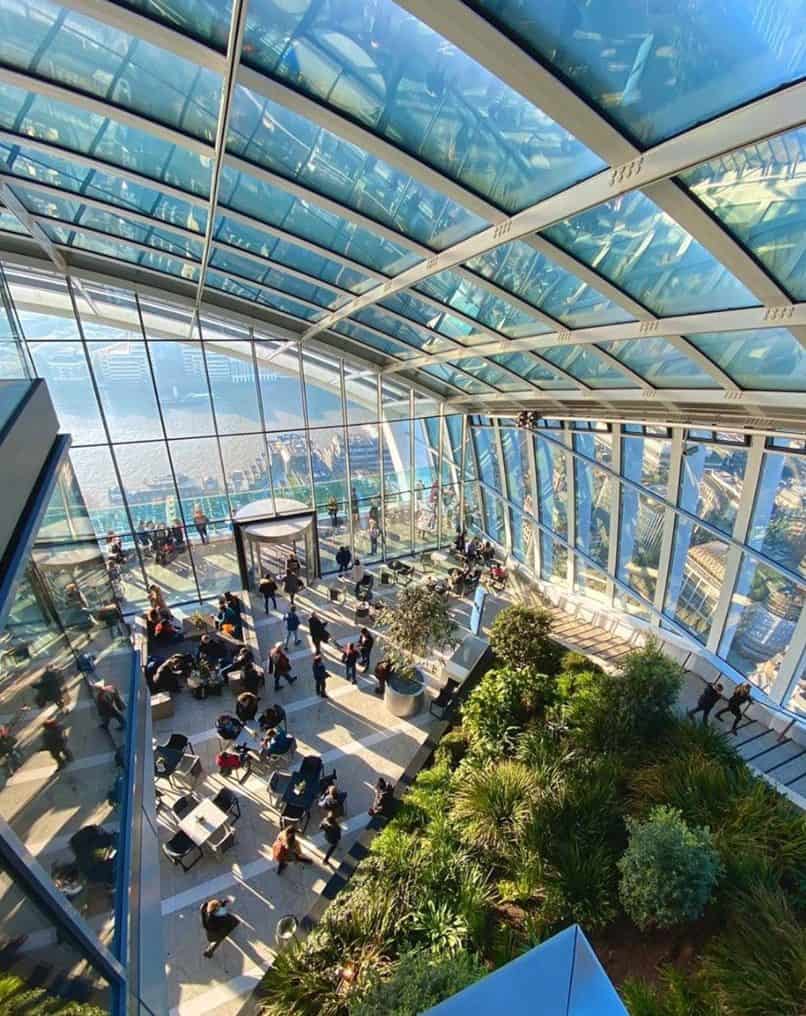 The Shard transformed London’s skyline after its completion in 2012.

It is now the tallest building in the United Kingdom, houses London’s Shangri-La, restaurants, bars and an observation deck. Grab a drink from the bar and watch the sun disappear in the distance. 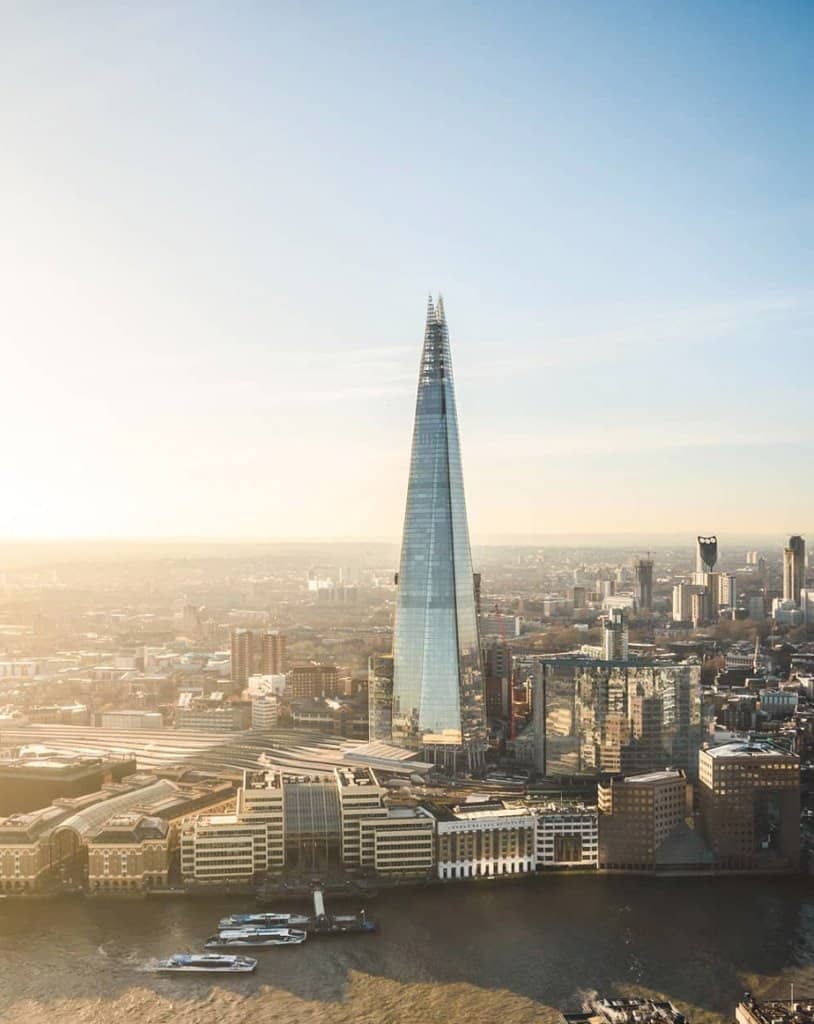 Looking for more of the best things to do in London? Check out this crowd-sourced list of suggestions that my followers and readers submitted. Also: if you’re planning to go during the holidays, check out my packing list for Winter trips to Europe.

THE BEST PLACES FOR HIGH TEA IN LONDON

One Aldwych: Charlie & the Factory inspired
The Berkley: “fashion” high tea
Orangery in Kensington Gardens: lots of enthusiastic responses for this
Sketch: most instagrammy resto in LDN; recommended by pretty much everyone; need a rez 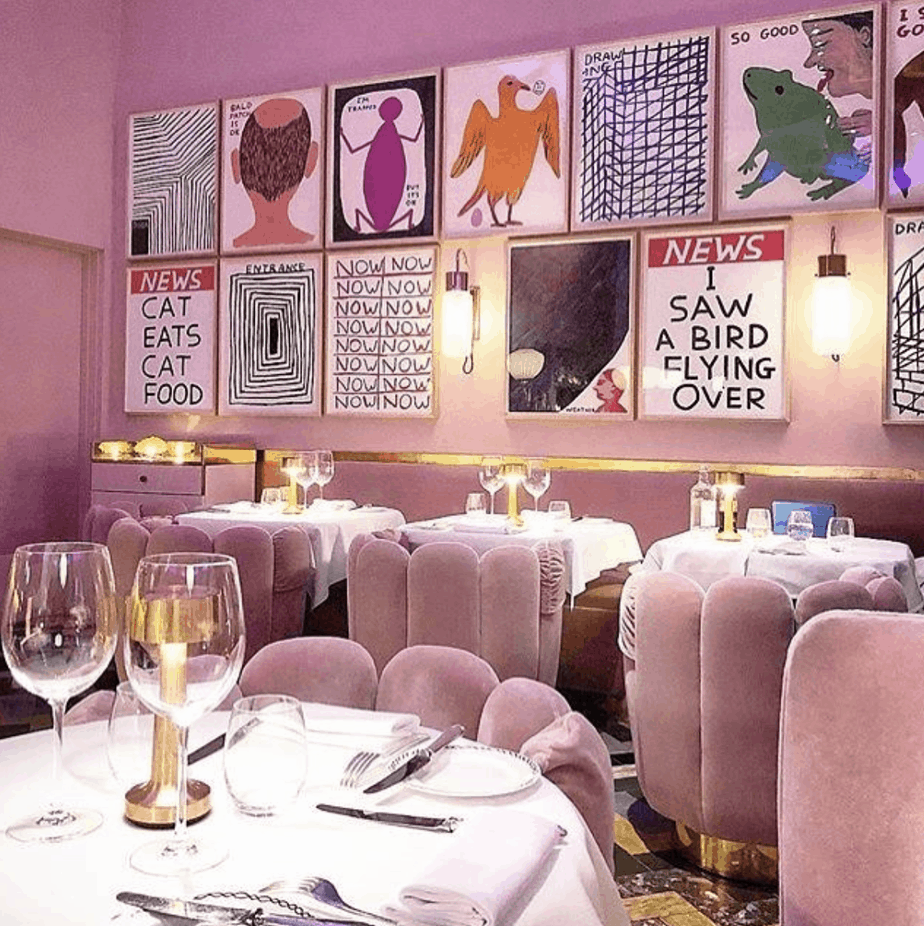 Heading to France while you’re in Europe? Here’s a list of the 12 souvenirs you absolutely must buy in Paris. 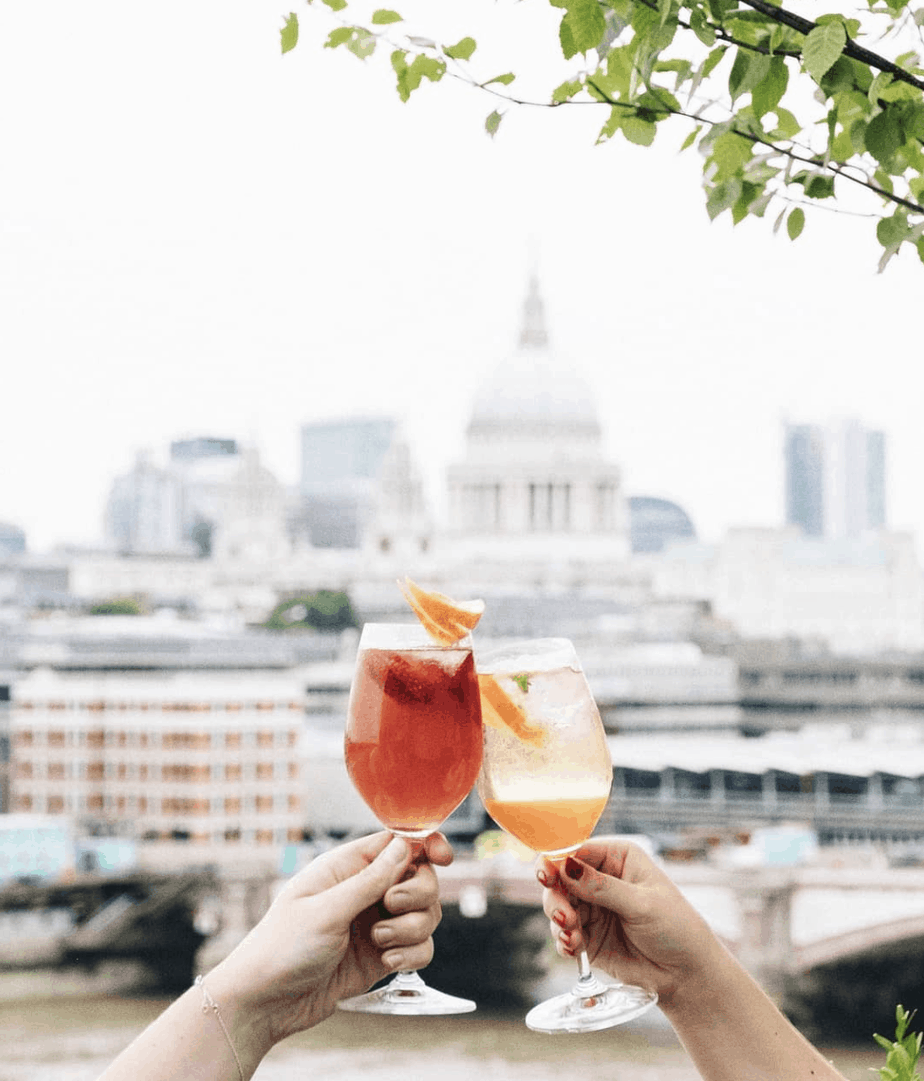 Ronnie Scott’s Jazz Club
The Connaught Bar: go to the bar in the back, not Coburg in the front
Sexy Fish: late night vibes. hotspot 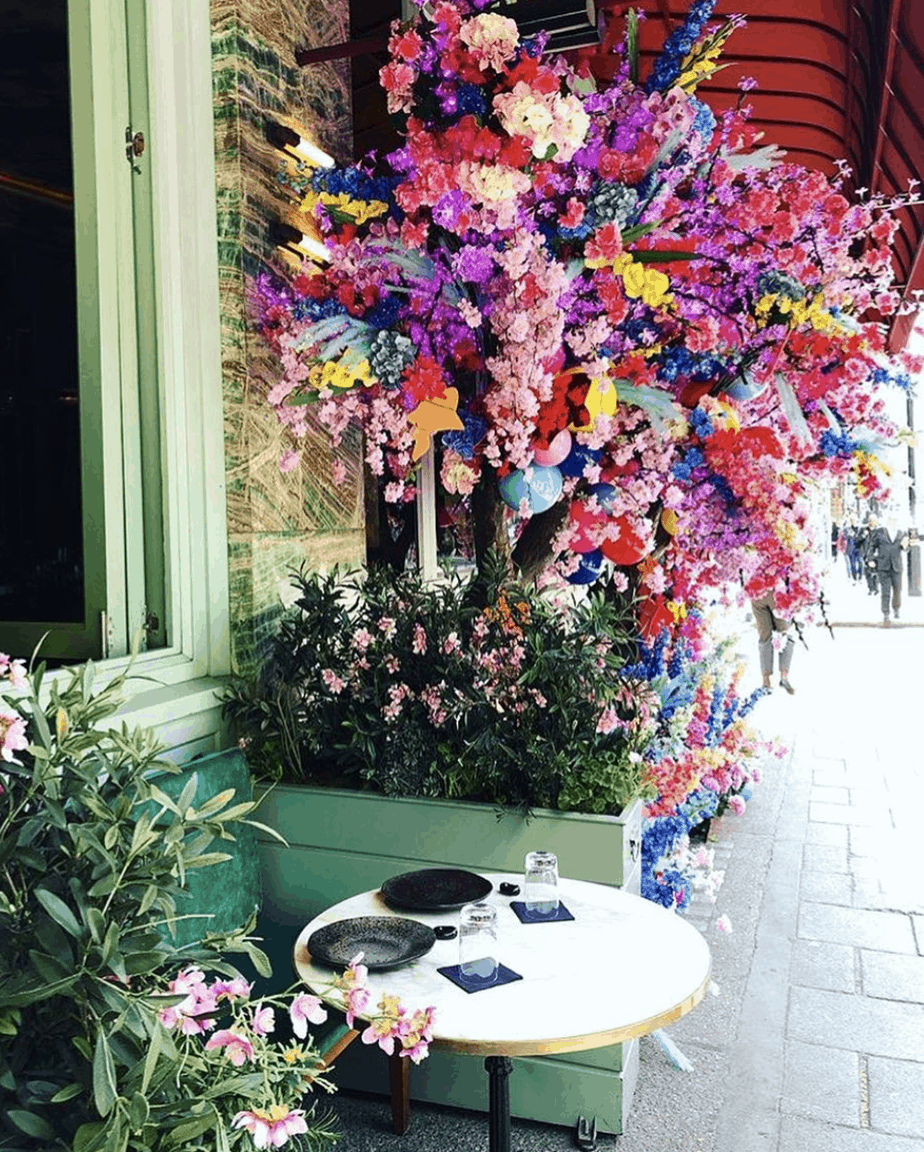 BEST THINGS TO DO AND SEE IN LONDON 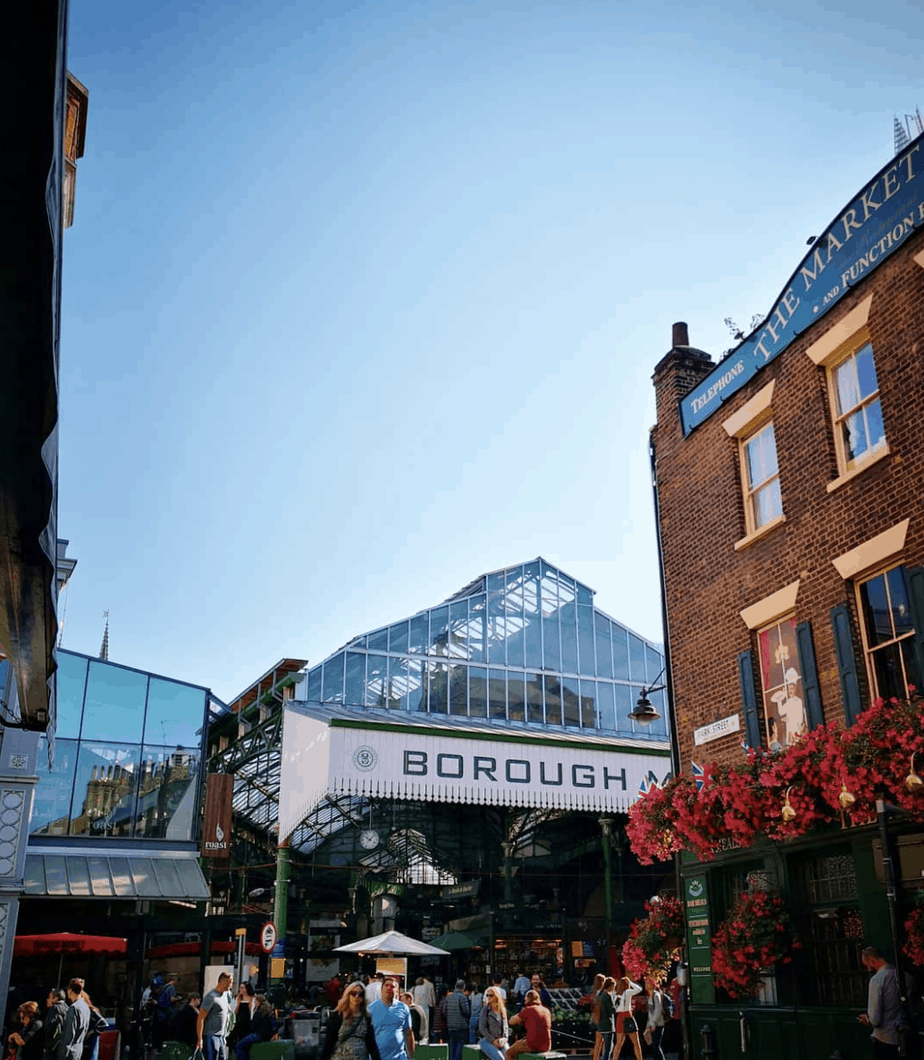 Livia Boerger is a German London-based self-care coach and wellness educator passionate about travel and mindfulness. She helps women redefine self-care on their terms and live intentionally so they can prioritize their wellbeing. Follow her blog or Instagram @madewithlemonsco 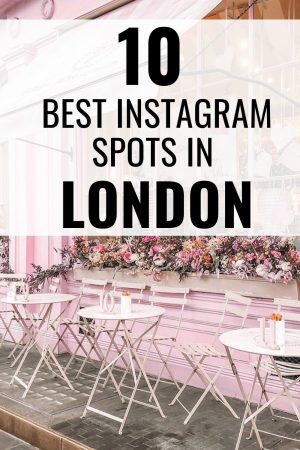 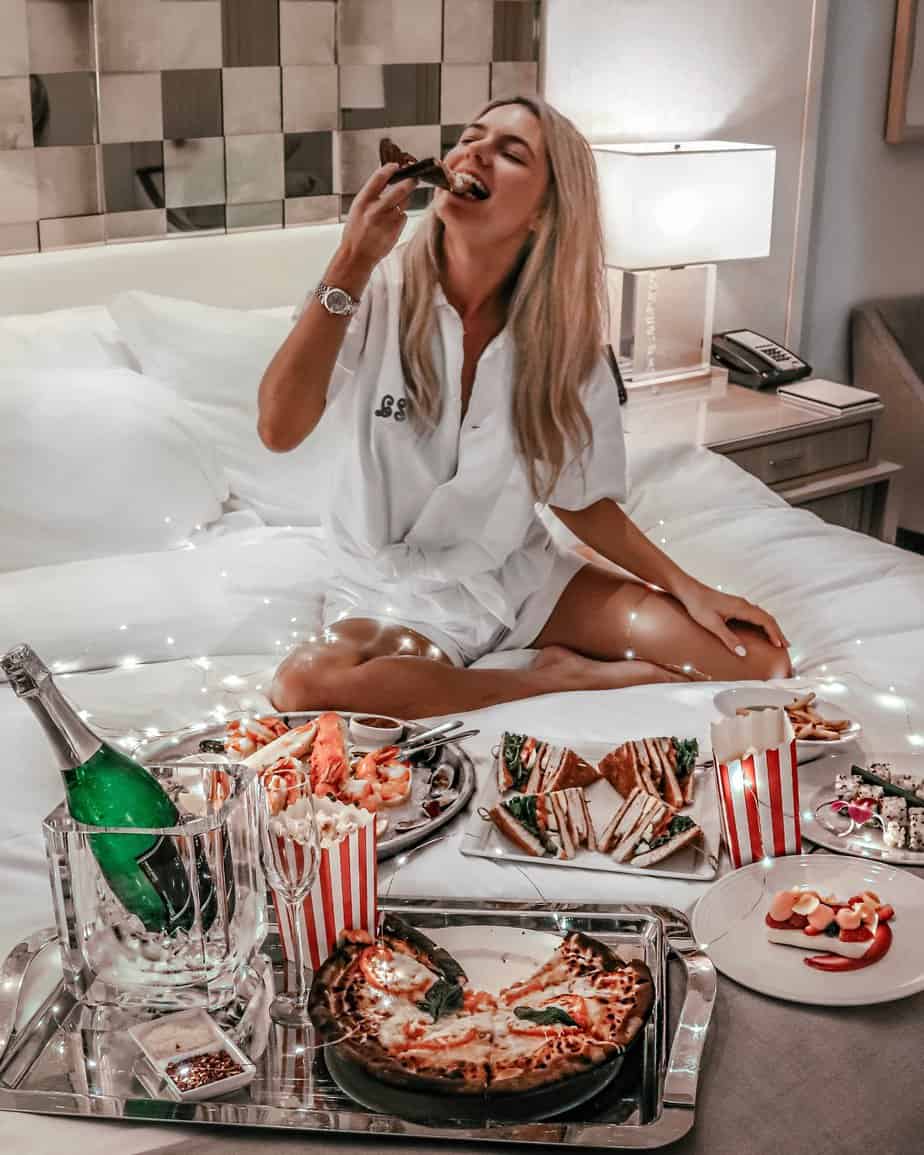 That Time I Threw a Frette Pajama Party at the St. Regis 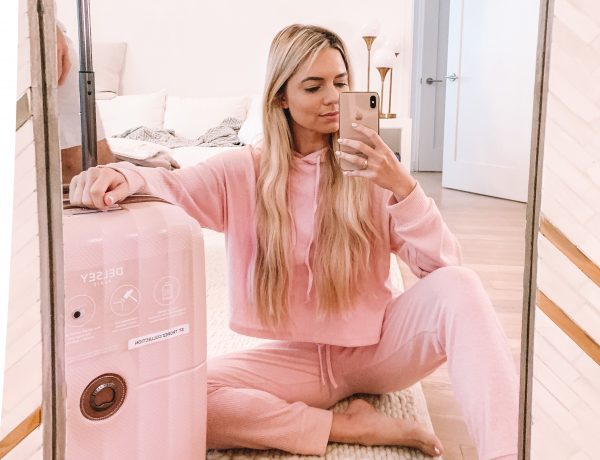 Travel Outfits: How to Look Chic When You’re Flying The 18 Best Things to Do in Montreal

Maui Itinerary: A Guide to the Perfect 4-Day Trip

My Weekend at the South Beach Wine & Food Festival